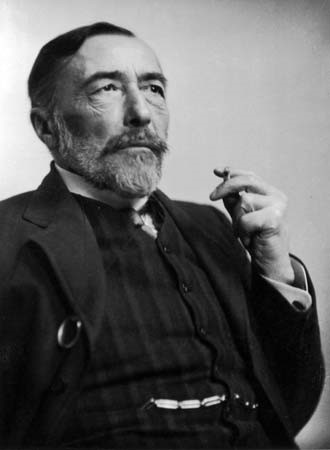 Edward Garnett was something that no longer exists–a publisher’s “reader” (as opposed to an editor, a higher-ranking role back in the 19th century). Author Helen Smith has achieved an in-depth, nuanced study of this brilliant man in An Uncommon Reader, recently published by Farrar, Straus and Giroux, (no slouch of a publishing house itself). In that study, she presents a relationship between Joseph Conrad and Edward Garnett that argues for Conrad’s literary prowess existing in large part thanks to the shepherding and nurturing (literary hand holding and spiritual therapy) of Garnett.

We are inclined to remember Joseph Conrad as the great writer whose works spun out into Apocalypse Now and 23 other cinematic works, as the man of whom other writers have been painfully jealous. F. Scott Fitzgerland, for instance, proclaimed that he would rather have written Nostromo than any of his own works.

Did this same man from the Ukraine, who wrote in his third language and abandoned the sea because of poor health, actually depend on the publisher’s reader, Garnett, to tell him to go forth and write? Garnett slogged through, by his own estimation, roughly 700 manuscripts a year, for sundry publishers, evaluating and writing them up in terms of literary merits and financial promise (for publishers).

According to Smith,  it was Edward Garnett who convinced Conrad not to go back to sea. While admittedly Garnett knew his stuff, coming from a long line of book lovers (both father and grandfather worked at the British Museum,  in the manuscripts/books department), was he the one who shaped Conrad, giving him the courage and editorial advice necessary to write books to inspire the ages?

Conrad declared his dependency on Garnett more than once. Most shocking is the revelation of Conrad’s moodiness, which he blasted in Garnett’s direction by letter, and the attentive therapy required of Garnett to simply get Conrad to finish his second novel, An Outcast of the Islands. Not long after, Garnett met Conrad’s much younger fiancee, a woman who had no affinity for literature, after which Conrad embarked on a stillborn project titled The Sisters.

After a period of no communication with Garnett, his letters reveal the most contrite spirit turned in supplication to the man of letters. Conrad started “The Rescuer,” and wrote to Garnett, “I am ready to cut, slash, erase, destroy; spit, trample, jump, wipe my feet on that MS at a word from you. Only say where, how, when.” If Garnett did not answer that letter, it was because he had typhoid.

There can be little doubt that Edward Garnett was not paid for all the encouragment he sent to Conrad for The Rescuer, which he praised as “rather a new style for you–so crisp, so admirably firm . . . It is really extraordinary how real, how wonderfully actual and vivid your characters are in the midst of your poetry, your exquisite poetry . . .”.

Conrad would become needier still, complaining of “futile agony,” saying he had no ideas, having forgotten how to think or write.  The Rescuer–later The Rescue–proved a difficult book for Conrad to write, taking over 20 years.

Readers of Conrad know the names of the great titles that followed. The relationship between Garnett and Conrad is one that many a writer will envy. Is this the true formula for literary greatness? A self-sacrificing reader who believes, edits, and encourages? #AnUncommonReader#NetGalley 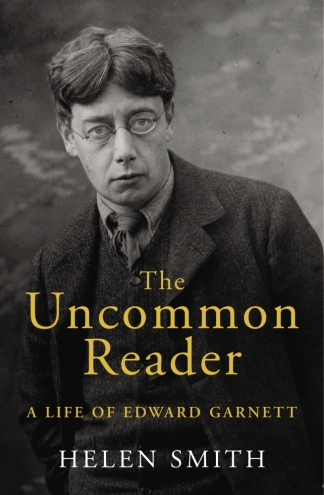 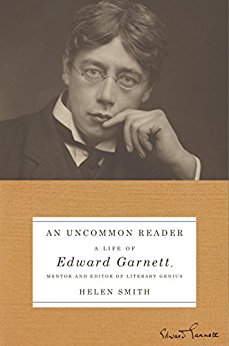